‘Who’s Looking for Me?’: God’s and America’s Invisible Children 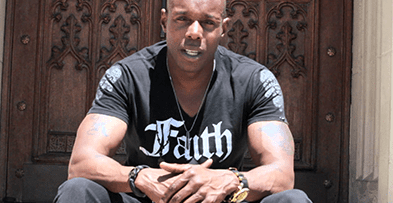 Not long ago Reverend Romal Tune was the child in “Who’s Looking for Me,” his spoken word piece shared below — the hungry boy begging strangers for money and watching them cross the street to avoid him; the teenager planning his funeral with his then 15-year-old cousin because “dying meant that we would finally be noticed. People would finally see us and treat us like we mattered. All we really wanted was for someone to come looking for us.” He shared this with the congregation gathered at this summer’s annual Samuel DeWitt Proctor Institute for Child Advocacy Ministry and agreed to let me share it with you.

Today Reverend Tune is the founder, CEO, and president of Faith for Change, which partners with congregations in several cities across the country to solicit community involvement with high needs schools to keep children in school and promote their academic achievement. As the new school year begins in the throes of the Ferguson, Missouri tragedy and other unresolved killings of Black male youths and men past and present, I think Reverend Tune speaks for so many of our children and youths — still waiting, waiting, and waiting for someone to see them, to hear them, to respect them, to protect them, and to give them hope and assurance that they have a fair chance in our American society to live and learn and contribute. What is it going to take for adults of all colors and income groups to see and address in a systematic and sustained way our still racially scarred and unhealed nation’s too frequently uneven-handed law enforcement system and the multiple and cumulative ways in which so many poor children of color are repeatedly subjected to disrespectful treatment, a second-class education, and an unfair chance to succeed from birth to adulthood?

“We never went to church when I was growing up. But we did believe in God and prayed that one day he would show up, because it was going to take a miracle to change the things we had to see. If it wasn’t drug addicts and drive by shootings, there were families living on the streets and teenage prostitution. By the time I was in eighth grade I got tired of asking strangers if they had any change to spare, and then watching them cross the street and look away like I wasn’t even there.  I mean even a blind man could see that society didn’t care about people like me. I guess they figured it was my fault for being raised in poverty.”

“So that’s why most of my days were spent hustling on the streets, so that I could at least buy some clothes and have something to eat. Because I remember the mornings when my mother would wake me up for school, hand me three dollars and say ‘Son, today I’m sorry you’ll have to choose, between riding the bus to get home or buying some food.’ I mean it seemed like every day I prayed hoping that God would hear me, so that my mother could stop drowning her sorrows in bottles of Hennessey, always worrying about how she was going to take care of me. We didn’t have health insurance so Moms could see a doctor to deal with her depression. So instead of medication, she’d open another bottle every time she started stressing.”

“On those nights when I wondered if things were ever going to change, I just wanted somebody to tell me that ‘you’re going to be ok,’ that ‘I know it’s tough right now, but there will be better days.’ Because I remember sitting up with my cousin one night, sharing a bag of chips and fantasizing over what our funerals would be like — you know, things like who do you think will show up? Who will share stories? And who will cry? Because it seemed like in order for people to finally see us we would probably have to die. Imagine what it’s like at the age of 15 to think that the only way to stop the rejection and receive some affection is for a pastor to close the casket and give your final benediction.”

“All I ever really wanted was a chance to be free, for society to stop judging me by their stereotypes and personal insecurities, and maybe then I’d have a shot at being unapologetically and authentically me. Just like Jephthah in Judges 11, I found my place on the streets. But all I ever really wanted was for God to show up for me, the same way he showed up for Moses before he parted the Red Sea and the same way he showed up for Joseph when he had his dream. Because every time I closed my eyes and tried to dream of what the future holds, like Rahab, all I had were the negative reminders of things that I was told: ‘Successful people don’t look like you, and you’re not good enough because of what you’ve been through, and you don’t even go to church, so why would God bless somebody like you?”

“How many kids are growing up just like me? Like Esther, Jephthah, Moses, and Joseph, just wanting to be free. Wanting the opportunity to pursue their dreams, hoping that one day somebody’s going to come looking for me. Praying that people will open their eyes and see, that I’m just like you. I may not have much but I have a purpose too. I may not go to church but God still loves me just as much as God loves you. In fact, God can use people like me too, because as a testimony of what I’ve been through. I didn’t go to church but I found my sanctuary on the streets. And the people out here may not have degrees and prestige but at least they believed in me. So that’s why today I still give God all the praise because everything changed. Faith got my mother off drugs, got me off the streets. I served my country, went to college, and got two degrees. So now it’s my obligation to the next generation to go back to the streets and help people like me. Now if that ain’t God then I don’t know what is. Maybe unlike some people, God doesn’t just help the good kids. So instead of turning my back on people in the hood, it’s my turn to give back because God has been too good.”

“So for the people out there hurting and wondering if God hears you, Christians like me are answering the call and we’re out looking for you. See, the Church doesn’t have the right to pick and choose who gets to be a Christian, because that’s not God at all, that’s just elitist religion. That’s why we can’t covet Jesus by holding the Gospel hostage in our locations. Because this ain’t just about going to church, it’s about a ministry of reconciliation, and the kids on the block waiting on God to show up, or hoping that we will tell the people who are tripping on who’s the better Christian, that it’s time to grow up. Because God doesn’t make mistakes but people do. And what you’ve been through doesn’t define you, it merely proves to you that you’re stronger than anything that has ever tried to stop you. See, that’s what urban ministry is all about — telling hurting people that it’s time to come out. Stop hiding in the shadows, ashamed of where you come from. Put your life in God’s hands, and be the person you were destined to become.”

I hope that people of all faiths will start looking for our too-invisible children who are crying out for help in our inner cities and communities across the country, especially Black males. I hope that people of all political persuasions and adults of all races and across the lines of privilege and poverty will look for this child and children like him. I hope that educators in every school system are looking for and not ignoring and mislabeling children like him, and making sure they can read and write at grade level and see college and career and work and not prison and death as their futures. I hope law enforcement agencies across our country will start seeing him and getting to know him as a human being and a sacred child of God rather than just a threat, and will cease using unnecessary or hugely disproportionate force to any perceived offense. I hope political and community leaders of every persuasion will stop grandstanding and showing up for photo ops after the fact and instead will do the hard sustained grunt work of rekindling our children’s hope and sense of adult caring, protection, and fairness. All children must be able to trust adults to struggle day in and day out and year in and year out and decade in and decade out to vote for them and speak for them and hold those in power accountable for just treatment.

I hope every Black leader, parent, grandparent, and preacher will mount a united and irresistible voice to end the structural exclusion of millions of children from the education and other opportunities required to keep them from dead-end lives in our boastfully affluent but racially and poverty stratified nation. Nobody is going to love our children more than we do and we must all love them enough to stand up for them in every needed way until they reach successful adulthood. Despite our enormous racial progress over the last 50 years, we must pick up where Dr. Martin Luther King Jr. left off in the struggle to end poverty in rich America and to assure an educational and economic safety net beneath our hard earned civil rights, including the right to vote — under attack by many today who want to turn back the clock of racial progress. It is a disgrace that children are the poorest group in America and that the Black child is the poorest among them. It’s way past time for the next transforming movement to assure every child in America a level playing field regardless of the lottery of birth, beginning with a quality early childhood system, health care, adequate nutrition, a stable place to live, safe places to play and learn in the summer and after school, and adults in their families, in their schools, in their faith communities, in their law enforcement agencies, and in our political life who see them, hear them, respect them, and are committed to meeting their needs as human beings on a fair basis. This is the unfinished business of America.

Do you have information you want to share with HuffPost? Here’s how.